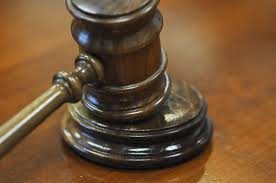 Status. Standing; state or condition; social position. The legal relation of individual to rest of the community. The rights, duties, capacities and incapacities which determine a person to a given class. A legal personal relationship, not temporary in its nature nor terminable at the mere will of the parties, with which third persons and the state are concerned. While term implies relation it is not a mere relation.

Standing. One’s place in the community in the estimation of others; his relative position in social, commercial, or moral relations; his repute, grade, or rank.

Stand. To cease from movement or progress; to pause, remain stationary or inactive.
To abide; to submit to; as “to stand a trial.” To appear in court.
To remain as a thing is; to remain in force. Pleadings objected to and hold good are allowed to stand.

Agency. A relationship between two persons, by agreement or otherwise, where one (the agent) may act on behalf of the other (the principal) and bind the principal by words and actions. Relation in which one person acts for or represents another by latter’s authority, either in the relationship of principal and agent, master and servant, or employer and proprietor and independent contractor. It also designates a place at which business of company or individual is transacted by an agent. The relation created by express or implied contract or by law, whereby one party delegates the transaction of some lawful business with more or less discretionary power to another, who undertakes to manage the affair and render to him an account therof. Or relationship where one person confides the management of some affair, to be transacted on his account, to other party. Or where one party is authorized to do certain acts for, or in relation to the rights or property of the other. But means more than tacit permission, and involves request, instruction, or command. The consensual relation existing between two persons, by virtue of which one is subject to other’s control.
Agency is the fiduciary relation which results from the manifestation of consent by one person to another that the other shall act on his behalf and subject to his control, and consent by the other so to act.