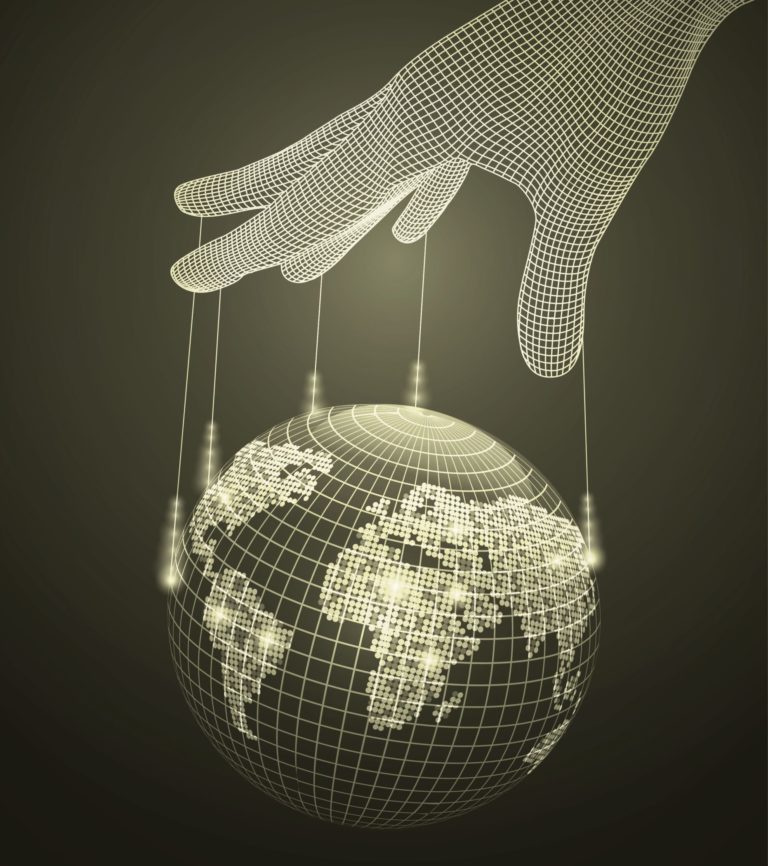 Who Is Making Governments Self Destruct?

Most of us know the basics of government finance: if commercial activity slows down, or unemployment goes up, then tax revenues go down. Government goes into financial crisis. We know this. And when there’s a financial crisis and you are really suffering financially, doesn’t government usually tell us it is time to raise taxes? So, government will not have to suffer the way you are, even if that means you have to suffer more. Isn’t that how it usually works? But now, that thing that gets hurt by any economic crisis, government, has just deliberately created a crisis that includes itself. They told us that we have a new germ and what we need now is for everyone to stay home. So not just you and I, but even government will have a financial crisis. But this was not just your government or my government, this was every government in the world, all together right at the same time, destroying every local and national economy like some kind of chorus line shuffling off to Buffalo. Government – that thing that borrows too much and cannot sustain itself without that magical thing called growth – has just turned full loony and demanded that everyone walk off the job.

Shut down our businesses, stop producing goods and services
permanently disrupt supply lines all the way from raw materials down to your local Target store, knowing perfectly well that this would cause a crippling shutdown of the global economic engine which would choke tax revenues and put governance in crisis all over the world. So, here is government shooting itself, pushing this lockdown idea before they even had science to back it up. Something does not add up here. People did die of the disease, but the economic meltdown was not caused by a disease. It was caused by political declarations from people who have no authority to make laws. It is legislators not governors and mayors who make the laws, last time I looked. This event, which will throw national and local governments into bankruptcy and insolvency was deliberately caused by these governments themselves promoting idiotic panic laced policies that make no sense whatsoever. There is more to this than they are telling us. Usually it is government crushing the private sector to enrich government. This was government crushing everything including itself. Our country has had virus scares before, pretty much every year in the last 20 years we had more than one that had a higher death rate than COVID-19. But suddenly in 2020

The idea of a national lockdown dropped out of the clear blue sky
and everybody seemed more than happy to jump on that burning sinking ship, as if we were all looking for an excuse to take an extended unpaid vacation at home. Everybody perfectly synchronized decided that we want to destroy our economy, while at the same time prevent ourselves from developing any immunities whatsoever to this disease. This lunacy was supported and promoted by people who call themselves health officials. And how about this for Orwellian doublespeak? We are all in this together! So, let’s self-isolate, socially distance, cover our faces. We will all come together by quarantining ourselves and not allowing children to see their grandparents. We will all connect in that way. And even told us straight up it wasn’t about preventing the disease, it was about flattening the curve, which simply means prolonging the pandemic for as long as possible, as if it was more important to prevent overcrowded hospitals, than it was to preserve the economic survival of the entire world. By the way, flattening the curve is another way of saying, there will be a second wave, when all of those isolated immune challenged moles come back out of their holes and finally get the antibodies they could have gotten three months earlier with some normal social interaction. In the mean time all over the world food supply chains ground to a halt.

Famines and riots have already started
So much for saving lives. Naturally, we have skyrocketing reports of child abuse, spousal abuse, alcoholism, depression, drug abuse, immune system atrophy by over sterilization and isolation, and naturally suicides; so much for saving lives. Our governors and mayors knowing that their governments are in debt up to their ears, stepped up to microphones and cameras and demand we do the exact things that they know will destroy their government finances, their ability to provide services, their ability to function, their ability to be regarded as credit credible leaders, and their likelihood of being reelected. Even before this pandemic-panic governments worldwide were defaulting on their pension funds, imposing austerity, cutting services, filing bankruptcy, bailing out ‘too big to fail’ fat cats, raising taxes on people who can’t pay more taxes, printing money, and hyper inflating running interest rates below sea level. So, what a perfect time to send GDP into negative 45 points, trigger a global depression, to double down and take government collapses to a whole new level. Really? You think they’re shutting down police departments to make Black Lives Matter happy? They’re shutting down police departments because they can’t pay the police. Why are we all of a sudden using a whole bunch of new ways to fight a seasonal disease? In my life, I have never before stood six feet away from people in a grocery store checkout line.

I have never worn a mask to walk my dog
I have never seen healthy people wearing masks or quarantining themselves in my life, except in authoritarian countries where they make rules like that. We didn’t see it because there’s no science to support any of that. It’s theater! It’s mind control! It’s some kind of political gamesmanship and we are stooges for playing along. Did this come out of the current popular mindset that any public policy, no matter how bad, is alright if in some way it hurts Donald Trump, or if it sells vaccines, or if it gives government an excuse for more mass surveillance. How did it become too dangerous for even one person in the entire world to walk into a restaurant and order dinner? Who came up with this stuff? I think we can assume that governments don’t want to destroy themselves. So, who made them do it? Who can march our government and our society off a cliff like that? Who is it, who in a space of one or two weeks in March of 2020 commanded governments to immediately drop everything they’ re doing and self-destruct, and tell every mainstream news anchor to tell the rest of the world to follow along?

Who can pull strings like that?
Who can take an average flu season and turn it into a global economic meltdown in the space of a few weeks? It wasn’t some city or country. Somebody made the entire world do that. Nations never agree on things but it was the Lockstep thing. How did somebody coordinate this? The timetable was just too short. Even a school district can’t move that fast. Whoever that is, they totally control media. They totally control government. They control nearly every message we hear from our TVs, our computers, our cell phones, even our own neighbors. But they’ve done it more than once now. Even after everyone could see the mistakes, just when we’re thinking we’re opening up ok, oh George Floyd gets killed or dies from fentanyl. And then of course, we have to go out and smash stores in every city, lock it down again. Okay, now it’s over. Okay, we can go back. Oh no, we’re having our second wave. Lock it down again. Oh wait, is there a solar eclipse coming? Should we lock it down again, as if there were no consequences every time we do this? So, it’s not just that people who aren’t even doctors or scientists are shutting down the system for no apparent reason.

What Really Makes You Ill

Aren’t reporters supposed to ask questions?
When did that stop? We’re supposed to go along with destroying the global economy and that one reporter is curious enough to ask if the disease is really that bad? Credible parties have accused Anthony Fauci of committing felonies and not one journalist asks him about that. While they shower him with airtime and let him dictate policies on social distancing, the journalists go extinct or something. Is anyone even curious where all our governors and mayors got the signal to shut it all down? How do they even get that idea? Who gave the signal? How do they work that? How do they get the to say that hospitals were swamped and the next day citizen journalists hit those same hospitals and they were all dead empty? How did that happen? Okay, they lied but why did they lie? What made them stage busy hospitals, when they knew, there were no busy hospitals? How do you get reporters to do that? Health officials, many of them, all at once, all over the place, come out and said if you die of a heart attack or a bullet wound then we’re gonna call it COVID death. How did that happen? How did they synchronize a ridiculous talking point like that among national and local health officials?

I’d like to know where the central global control room is for something like this.
If you have any evidence or information about who the puppet masters are, please come forward. We can’t let this happen again. We need our jobs, our businesses. We need each other to do what we do for each other – all of us. There’s no such thing as a non-essential job. That is someone’s job, their livelihood, their survival. Hundreds of thousands of businesses have permanently closed due to this lockdown; the businesses you rely on for life as we know it. COVID-19 could never cause anywhere near the damage the lockdown has caused, the insane public policies have caused. When the governor comes out and tells us to destroy our economy and our livelihoods, we have to refuse that and we have to tell that governor that he or she had better get their head right in very short order. We need to send that message loud and clear and the way we send that message is ‘go on with our lives’ and ‘start thinking for ourselves’. Here is what it looks like: the governor walks up to a microphone, tells us all to do something, and nobody does it. That’s how it will have to be before we get out of this mess. Politicians have lost their privilege to lead anyone. They have squandered that protesters don’t care about social distancing. Why should we need to keep businesses open and running because if we don’t as we all start to feel what global collapse feels like we are not going to like it.